The convergence of interactive technology and online film

As online video continues its rapid growth, more and more brands are waking up to the fact that online film is a great platform for engaging audiences. Branded content is becoming central to marketing budgets, driving a shift away from written articles to short films and richer video-based editorial content.

According to Cisco, by 2017 video will account for 69% of all consumer traffic online.

YouTube is currently the second most popular search engine on the web, with 100 million Internet users watching a video online everyday. According to Cisco, by 2017 video will account for 69% of all consumer traffic online. With numbers like this, it is understandable why brands want to explore new methods of engaging audiences, often diverting budgets away from traditional advertising techniques.

However, can the same principles of traditional filmmaking be applied online? It’s easy to forget that the Internet is still a relatively young medium. Having lived with over 80 years of traditional broadcast film, the Internet as we currently know it is only really 20 years old. As such, we have only really scratched the surface of what is possible with this medium.

The Beauty Inside, by Intel and Toshiba
http://uk.adforum.com/agency/6647642/creative-work/34483816/the-beauty-inside/intel-corporation-intel-toshiba 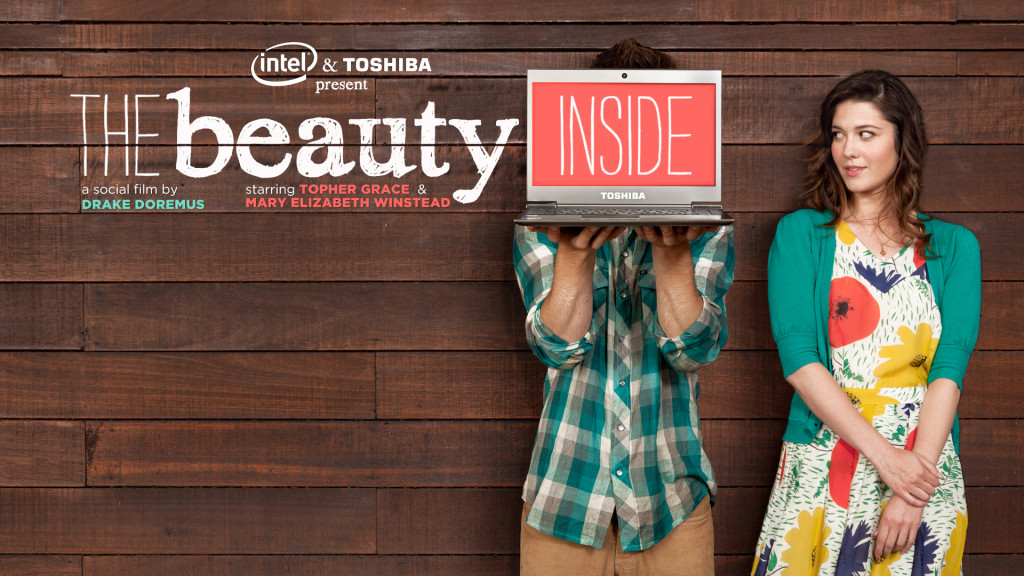 This multi-award-winning piece, The Beauty Inside, is a great example of a social film where audiences were invited to play the role of the main character.

The central character, Alex, wakes up in a completely different body everyday. He’s the same person on the inside, but on the outside he’s always someone new. And it’s been happening for as long as he can remember. He shares his story through film-based episodes and real-time conversations with the audience.

Launched on Facebook in 13 countries and 8 languages, The Beauty Inside is a 30-minute social film split into six episodes, allowing users to audition to play the role of Alex. If selected, users can either be featured in the film or have their auditions posted as Alex’s blog on the official Facebook page.

Not only does this work as a compelling piece of Hollywood film-making in its own right, it also effectively delivers the underlying marketing message for Toshiba and Intel, that it’s what’s on the inside that matters.

Just a Reflektor, by Arcade Fire and Google
https://www.justareflektor.com/ Canadian indie rock group Arcade Fire has collaborated with Google on a number of projects. For the guerilla-style launch of their new single, ‘Reflektor’, the band created a short film that allowed the viewer to physically interact with the video whilst watching from home.

Filmed in Haiti, the video tells the story of a girl who travels between two worlds: hers and ours.

Viewers effectively become the special effects editor for the video, using a mouse or a mobile device as well as the computer’s webcam. The graphics and visual effects reflect the movements of the user’s smartphone or tablet, which the user is instructed to wave around in the air while watching the video.

This is another example of allowing users to participate in the content that transforms traditional video broadcast into a more interactive experience.

Mobile phone network Three followed up their hit moonwalking pony advert with a hilarious clip of a cat and cute child rocking out to Eighties chart hit ‘We Built This City’ by Starship.

The schoolgirl rides a bicycle with training wheels through a residential street as a computer-animated cat sits in a basket on her handlebars.

In the online version, viewers can superimpose their face onto that of the girl using a webcam. Using a facial analysis API, the process of uploading a viewer’s face is completely automatic. The result is a hilarious interactive viral film that builds on the idea that we all need silly stuff.

There are lots of examples that illustrate the convergence of film and interactive technology. Online films no longer need be linear narratives – instead, they can be dynamic stories that can be personalised, compiled and tailored for specific audiences.

Equally, one of video’s great strengths is the fact that it’s so inherently sharable, and can play a key role in getting your brand noticed.  This needn’t be exclusive to major brands, with productions costs a fraction of what they were five years ago.

As ever with film, narrative and story continue play a vital role, especially online. However technology now enables us to consider new factors such as real-time participation and social sharing, adding new dimensions that change how brands can engage broad audiences online.